How to Determine the Value of Prints

How to Determine the Value of Prints

Prints are an excellent way for art enthusiasts to start an art collection. They are easy to store, affordable, created in various styles and available in numerous sizes. However, many people find prints confusing as they greatly vary in price. One print can reach the price of £500 and the other £5,000, even though they look completely identical. What’s the catch?

What is a Limited Edition Print?

Limited edition prints can be used as an art investment, bought and then resold once they rise in price. The rarer the print the higher the price. If a print is a part of a smaller edition, it will be more valuable, due to its exclusivity. If however, the print is a part of a larger edition than it will be less valuable. Open editions, on the other hand, are cheaper to buy, but they are also less likely to rise in value.

The Size of the Edition

Limited edition prints are usually numbered at the right bottom corner of the print. The print number shows the size of the edition and the place of the print within the edition. The number looks like a fraction, where the bottom number shows the total number of prints in the edition, while the upper number shows when each print was made during the printing process. For example, if your print has 33/150 mark – that means it is the 33rd print in the group (edition) of 150 prints.

The first print is often the most valuable one, since art collectors consider it to be the closest to the artist’s original idea. Apart from numbering the prints, prints can also be marked with different letters. Every print edition has one or several prints marked with A/P, P/P and T/P markings. These prints are often even more valuable than the numbered ones.

While creating a print, the artist experiments with various ideas, compositions and colours. In order to see how different ideas look like, an artist creates a test print that is called a trial proof (labelled with T/P). These tests feature a unique combination of colours and compositions that are discarded as not good enough for the final print. Many times they feature only a part of an incomplete print.

Since these trial proofs are printed only once, every trial proof is one of a kind. For a long time, trial proofs were not for sale. Andy Warhol was one of the first artists to sell trial proofs to collectors. Over time, Warhol’s trial proofs have become some of his most expensive pieces. Since there are no two identical trial proofs these prints are collectors’ favourites, highly valued for their rarity.

When the artist decides on the final appearance of the artwork, bon à tirer (labelled B.A.T.) proof is made. Bon à tirer is a French expression that can be translated as “good for printing”. B.A.T print is sent to the printer and it serves as an example of how the final piece should look like. All other prints should be compared with bon à tirer print to ensure the same quality during the printing process. There’s usually just one B.A.T print per edition no matter how big the edition of the print.

While printing, plates tend to wear off. That’s why, during printing, every now and then artist pulls a print from the edition, to check the state of the printing plate. That’s how artist’s proofs are created. These prints cannot be returned to the edition. They are kept by artists for their own personal collections and marked with the letters A/P (or in some cases with “Epreuve D’Artiste” the French abbreviation of the expression).

One artist’s proof is usually taken as soon as the printing begins. It’s the first print that comes of the plate to ensure everything is the way artist’s envisioned it to be. Others can be pulled at any time during the print run. Even though they look completely the same as any other print form the same edition, since artist’s proofs only make around 10% of the edition, they are considered to be more exclusive (and more valuable) than regular prints.

Printer’s proofs are prints given to printers as gifts. They look exactly the same as any other print in the edition, except that they are labelled with P/P. The number of P/Ps depends on the number of printers involved in the printing process as every printer gets one proof. Since there’s usually just a few printer’s involved, printer proofs are usually even more exclusive than the artist’s proofs.

Every artist makes at least several prints that are meant to be shown to dealers and galleries as examples of his or her work. These prints are called Hors Commerce or Hors d’Commerce proofs, which translated from French means “do not sell”. These proofs are labelled with H.C. Despite their name, H.C. prints occasionally also find their way to the art market where they are in high demand due to their scarcity.

The Condition of the Print

The value of the artwork greatly depends on its condition. Since prints are printed on paper they are prone to water stains, fading and other types of damage. New prints always come in mint condition, but older prints usually contain a certain level of damage.

That’s why, before you buy a print on the secondary market request a condition report from a seller, with detailed documentation of any damage. This will help you determine how much you should pay for the artwork and how much you can expect to get for it (if you decide to resell it). Even slight damage to the surrounding paper, for example, trimmed margins can lower the value of the print.

On the art market, signatures count for a lot. By signing a print, the artist authenticates it and claims it as his or her work. Prints are traditionally signed in pencil at the bottom right corner of the piece. Some artists stamp-sign their prints. Others, like Lucian Freud, for example, sign initials only. Sometimes the person who prints the edition also sings it, which is why some prints have two signatures.

The value of a signed print is usually two or three-time higher than the value of an unsigned print. Sometimes these prints can even reach 10 times higher prices than their unsigned counterparts. So if you are having second thoughts about whether to buy a signed or an unsigned print, it’s advisable to spend a little bit more money on the signed one, as they are easier to sell later on.

But what if you already have an unsigned print? Does that mean it is less valuable? Not necessarily. Since signing a print is a 20th-century practice, many historical prints don’t have an artist’s signature. When that’s the case, certificates of authenticity or provenance are used to document the originality of the print. Certificate of authenticity is a document signed by an art expert or an artist himself or herself that proves the originality of the print. It usually includes just the name of the artist, the size, number, title and the description (or a photograph) of the print.

Art provenance, on the other hand, is a more elaborate document that shows the history of the print – who made it, who owned it before you, where was it exhibited, and so on. Art provenance and certificates of authenticity are issued and delivered to the buyer, together with the artwork by the seller of the print.

The Size of the Print

Last but not least, size can also be a factor in determining the value of a print. Size can increase the production costs, which reflects on the end price. Large prints are usually more expensive than smaller prints. This particularly goes for prints that exceed 40 inches (102 cm) in size. The prints of this size are difficult to create, require elaborate techniques and can be successfully produced only by very skilful printmakers.

These are some of the major factors that influence the value of prints on the market. If you are looking to buy or sell a print, make sure to pay attention to these details that will help you understand its price and estimate its value. 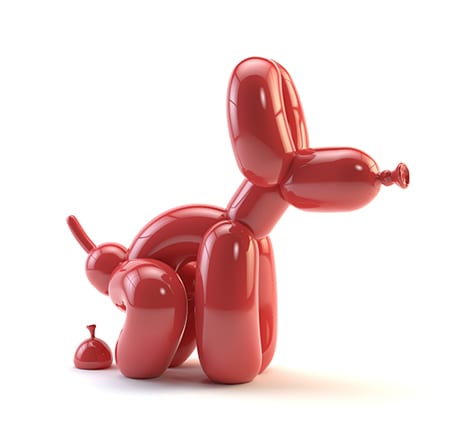 Subscribe to my email newsletter today to receive updates on latest news new releases and special offers!
We resepct your privacy. Your information is safe and will never be shared.